Ahoy me hearties. Tis a bit past September 19th seems I made a left at Albuquerque, an ended up in the sargasso sea, I spent all this time fightin off sea beasties an lootin ships until I found me way back ta friendly waters an me home port.

I dusted off The Great Skull Galaxy an ask those who join ta give yerselves a proper pirate name an start plundern an pillagin as ye go, to the victor go the spoils. Arrr.

Now get yerself a pirate name an come join the fun. 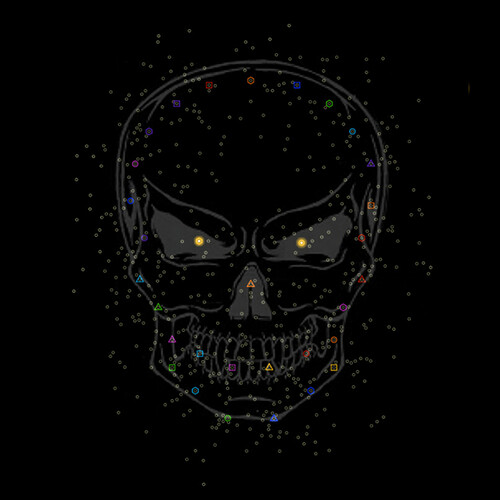 Avast! the plunderin has begun! I got stuck in the teeth, I expect some chompin ta begin soon. so far eveyone be smilin real polite like an showin their teeth (well exept fer toothless pete) it has me on edge no pirate is that happy. let alone a bunch o them unless their be grog involved.

Yarrr, it was a fine game, thank ye kindly Keelhaul Magee. The top three were: 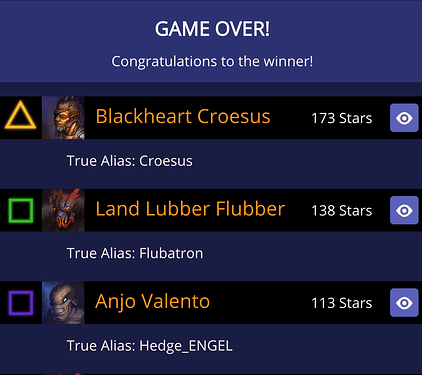 They had three other scurvy dogs with 'em: Syrion, Celestial Corsairs (Exqzr), and Keelhaul Magee (@Golden_Ace) himself, facing off against a doomed Cap’n Pan (@panblanco) with his first mate Skyline and, eventually, Captain Lime (@limemaster) and myself (Toothless Pete). We fought 'em tooth and claw, or at least gum and claw.

I flew my last surviving fleet into Blackheart for a KO right at the end of the game, and sent this final message before the battle…

“Arrrrr, there be no hope left for us, Cap’n”, the first mate said, staring at the star named Sky rushing towards them bristling with the armaments of 13 000 galactic battle galleons and at least one cybernetic-enhanced parrot that had been shrieking at them over the radio for the last day demanding they a) surrender and b) bring saltine crackers to the surrender ceremony. She turned down the dial on the radio to reduce its cries to a muted whisper, and took a sip from the bone-carved mug of grog nestled in her arm rest, looking down at it ruefully. “Aye, I remember chopping the head off Syrion’s top fleet captain and carving his wee skull into this mug. Those were the good days…”

Toothless Pete listened to her with half an ear, that being his full quota of available ears after a few centuries spent engaged in an active pirate lifestyle, and gazed around the bridge with eyes grown hazy with cataracts and the hint of a tear. His crew were weary fugitives, on the run, but not one of them had tried to run in a leaky escape pod or abandon ship at any of the harbours they’d passed through. They’d stick with him until the end!

Toothless stood up and drew his sword. Time for a bloody good speech, he thought. At the sound of the laser beam flickering into place from the familiar bronzed hilt, his crew stopped their tasks to look up at him, a broken but still impressive husk of a man nearly a century past his prime. The legendary pirate captain, Toothless Pete.

Pete realized he’d forgotten something, and reached down to fish his dentures out of a cup of rum.

“Yarrrrrr, hoist the Jolly Roger! Prime the cannons! Crack the final caskets of rum! Let’s take a few of the Blackheart Bastards down as we die!”

His first mate and crew cheered as they flew into the void to their end. There would be no escape but they’d face death together.

Toothless Pete quietly deactivated his blade, and turned to the first mate. “I’ve just got to nip to the toilet,” he said. “Avast, me bladder, it just isn’t the same these days.” She nodded with sympathy and stood up to take over the bridge.

The ancient pirate walked slowly out the side door to his private quarters. Moving with a rapidity that few ever saw, he stood up straighter as he punched a series of buttons on a console near his desk. With a whisper, a secret compartment slid open, holding an escape pod with an occupancy of one…

“Yarrr,” he said to the empty room as he climbed aboard and typed in the release sequence. “This won’t be the end of Toothless Pete!”

Looking forward to the continuation to the adventures of Toothless Pete!