This is a fast paced game for 11 players - the full adjusted parameters are listed below. Like Commander Peter Quincy Taggart, you’re winging it into the dark, hoping to find Thermians and not Saris… FOUR PLAYERS IN!

You are required to adopt a character name from the film. You will be booted if you don’t do so. 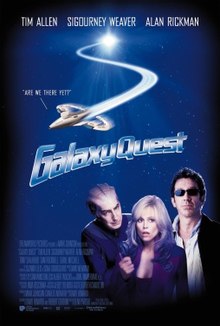 1.Tim Allen as Jason Nesmith, who played Commander Peter Quincy Taggart, the commander of the NSEA Protector and main character of the series. | 2.Sigourney Weaver as Gwen DeMarco, who played Lieutenant Tawny Madison, the ship's communications officer and the only officer aboard who can give orders to the ship's computer. | 3.Alan Rickman as Alexander Dane, who played Dr. Lazarus, the ship's science officer and a member of the Mak'tar, an alien species known for their super intelligence and psi...

I love this film. Sounds like good fun.
By Grabthar’s Hammer, by the Sons of Warvan, you shall be avenged

Thanks fella - I hope people realize that this is a unique opportunity to play a fast, high quality game. 4 players already realise this!

8 hour turn games are the most fun. Not too fast but faster than usual. This one looks good with a right sized number of players for an interesting game. I’m in! Join me and maybe we can work together.