I’m excited to announce that over the course of December, NPA topped 200 weekly active users. With so many of us using the extension, it’s much more nerve-wracking to just upload new code … I don’t think anyone wants a repeat of v1.15 when the extension abruptly stopped working for everyone.

With that in mind I’m excited to announce Neptune’s Pride Agent αλφα Edition v2.0.2, which will replace NPA v1.18 with NPA v2.1 once we deem the new features stable.

The alpha edition launch marks the start of a new era. I have gotten permission from Jay to open source the extension code, so NPA is now released on github and all kinds of contributions are welcome. You can get involved by

The current v2.0.2 has the following features: 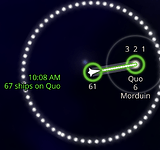 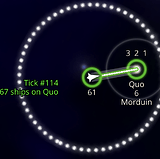 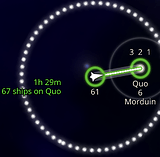 The next alpha version will be live in a day or two and adds the ability to link images in in game messaging, to colour yourself white so that you can distinguish yourself easily in large games, and to display territory so that you can spot routes like this one: 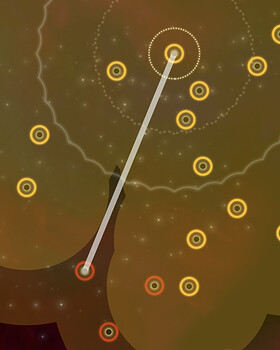 See you in game!

v2.0.3 is now live in the store. Existing users of αλφα Edition will be auto updated.

This version includes these changes:

I am looking into why they didn’t enable it for Firefox on mobile. I am hoping that they will approve it and that will provide a solution for Android users.

I intend to transition from the v2 αλφα Edition to v2.1 stable once I have a stable version of v2, and from then on I will probably only publish stable for Firefox. If there are users out there who want the bleeding edge for firefox and are willing to collaborate on the project, please PM me or get in touch via github and I can change the plan. I am not clear on how many potential users FF has, but I imagine it isn’t that many of us; unless of course Android becomes a reality which might make it one of the more popular ways to use NPA.

It turns out that firefox doesn’t really support all extensions on mobile. It is possible to install NPA if you run firefox nightly on Android. The steps are:

These steps are documented by Mozilla. If my instructions are hard to follow, try theirs.

Those are some great news, but not really helpfull.
My Mi 9t (which is not that bad) surprisingly struggles to get above what looks like 10 fps while scrolling in NP on Firefox, despite having no problems in Chrome derivates. So, while your addon works great there, full expirience mobile NP is still unreachable, sadly.

Firefox is slow rendering NP’s map canvas on all platforms, but especially bad on mobile.

That said, if you go into settings and set the map graphics to “low” it is usable even on old devices. My test device is a Google Pixel C from 2015, and I am able to play the game on it even though it is a distinctly worse experience than on an iOS device. Give the low graphics setting a try…

Give the low graphics setting a try

I was already on medium, and it didn’t fix it completely. But that looks more like 20 frames, yes.
And I have not said that it is unplayable, we’re talking essentially turn-based strategy with 1 hour per turn, even 5 fps could be playable) It’s just not pleasant.

For Firefox, iOS, and MacOS, 2.0.8 is available now. For Chrome, expect it to auto update in the next 24-48h depending on approval speed.

There are only a few small changes in this version. Proteus support, hotkeys to invoke the UI,
partial SAT compatibility, and reproducible builds and therefore a shorter version signature.

I am getting close to considering this a release candidate for stable. Please file bugs aggressively.

For iOS, MacOS, and Firefox, 2.0.9 is available now. Expect Chrome to update in about 24h.

I am likely to declare this the next stable version and promote it to 2.1 on the main extension. This release adds the ability to link a player with just their shape via [[#0]] instead of [[0]] to refer to the 0th player, a crude UI for people using the extension on phones that exposes buttons for all the hotkeys so that you can use the extension without a keyboard, and a “Trading” screen that shows you your tech status with your allies (based on whose API keys you have) and everyone you can trade with (restricted to scanned players if trade scanned is on).

Also contains a bug fix to proteus battle calculations and a fix of the (QUIT) (QUIT) (QUIT) bug when you merge multiple players’ API keys into your view.

NPA αλφα Edition is now updated to v2.1.2. It is available as a new extension on Firefox; the previous firefox extension is now pinned to stable and is at v2.1.0. It is still the only channel for iOS.

The firefox version is approved and the Chrome version should be available in 24-48h depending upon approval times. The major change in this version is the addition of a live research report for allies, accessed via the E hotkey, and the ability to send techs to others from the trading report summary (the lowercase e hotkey). If you click a green number in the tech summary table and you are able to send that tech, you’ll be prompted to see if you’re sure and then the tech will send.

Finish fixing the “Submit Turn” and “Submitted” buttons in turn based games not to overlap the rest of the UI.

Fix the combat calculator to report integer numbers of ships on each carrier, and to correctly account for carriers with a ‘Delay’ set for their departure. Note that there may be a bug in the ‘Delay’ feature of the game itself making the timings unreliable.

Now, if you generate an API key, NPA automatically caches it for you so that when you type [[api: into a message it autocompletes your own key. Additionally this makes sure you show up in your various alliance reports, like on the trading screen or the research screen.

Table markdown is pickier and only recognizes --- Title --- as the start of a table if the --- occurs at the start of the line. This avoids mangling messages from players who actually type --- in their message. Additionally, tables are formatted properly on first view and not only if you refresh the message from the server.

The research screen shows a new ↑S column that tells you how many science that ally needs to buy to improve delivery of the tech by one or more ticks. If more than 10 science would be required, the entry is blank.

The controls screen buttons now highlight on desktop just like other buttons in the UI.

Today v2.1.5 was published with a high-priority bug fix for the compose messages screen. In prior releases, if you had the ticking clock time view (the default) selected with the % key, every 29th second your input field in compose would lose focus and the next keystroke would likely trigger a hotkey response taking you away from your message. Workarounds included just going back to the message or back to the new message compose screen, or using a different time base. Since I always use a different timebase view it took until two αλφα users reported it before I realized how bad it was! I am sorry.

This version also fixes a long-standing bug in the HUD where multiple enemy arrivals would show them all as losing in the HUD even if the long fleet report showed correctly who was the new owner of the destination star. Now the HUD also acknowledges the winning fleets even if they win after landing on the star in a multi-stage combat instead of crediting the win to the star.

Also v2.1.5 contains a new auto-ruler feature I’d really like feedback on. It is especially useful in turn-based games, where certain moves are invisible to others. For any star you click on, it will show you the nearest enemy star’s attack ruler, and all possible defence rulers. The defence vectors will be grey if the defence cannot possibly be launched in time, as often happens even in scenarios like this in turn based: 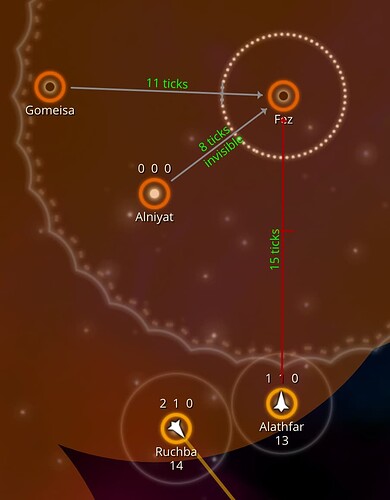 Normally you’d see this in real-time and think “no problem, Alniyat can defend Fez”. But in fact, the attacker will appear at the mark on the red arrow for the first time, a mere 7 ticks away from the destination and it cannot be defended even though moves between it and Alniyat are invisible because they are less than the 10 tick jump. So the arrow is grey, as is the next closest defender Gomeisa.

I would really appreciate feedback for this feature. So far I am very bullish, it seems really helpful to me and the lowest power level setting is on by default. Press 8 to turn it off and 9 to turn it up.

The auto ruler looks like an especially useful feature for me! I’ll have a play around with it when the new Flying Swiss Tournament starts.

v2.1.6 is now available for Firefox, iOS, MacOS, and in review for Chrome. As usual expect Chrome to auto-update in about 24-48h.

This release contains a bugfix for the accounting screen, which previously would occasionally fail to load the first time or be slow loading the first time. Now it should be consistently fast, always pulling data from your local storage rather than the server, and always come up the first time you invoke it.

The auto-ruler has been “completed” for now, with grey text instead of green for ineffective defence vectors and correct calculation of which stars are closest including their warp gates. Previously the arrow shown would be correct for warp gates, but physically closer stars would be considered “closer”; now the stars with the shortest travel times are “closer” and results are correct as of the warp gate state your client has (note the other player can always surprise you by building or tearing down a gate that you’ve planned around).

The “Submit Turn” and “Submitted” buttons were still out of z-order on Safari and MobileSafari even though they were fixed on Chrome and Firefox. This is fixed for Safari now, too.

Timebase, territory display, colour yourself white, and auto ruler power level are now all persisted and consistent across reloads and games so that you can set up the view the way you wish it to be and get the same view each time you return to the game.

This version will be the release candidate for v2.2.0 stable. Please report any and all bugs!